Why Is It Already Christmas Before It’s Halloween? 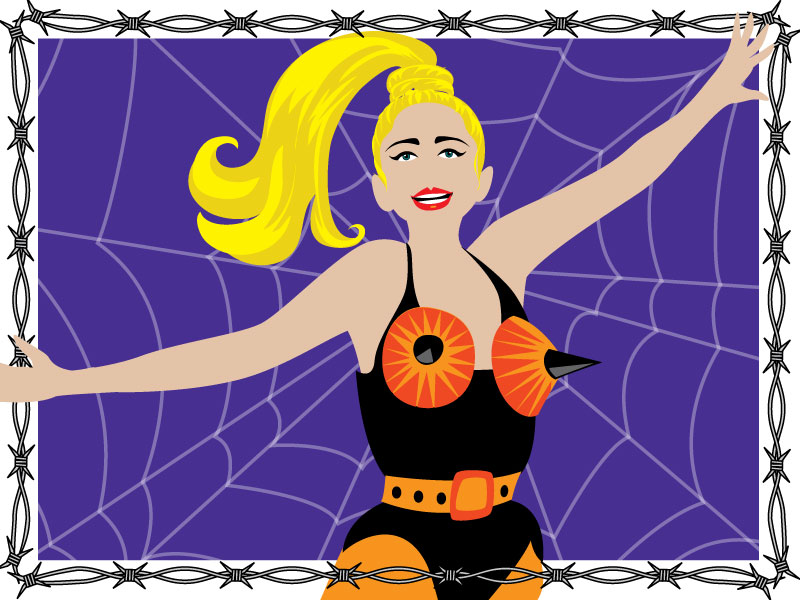 So, girls, I am shopping—of course I’m shopping.

It’s October, and I went to the local grocery/clothing/everything store to stock up on cold-weather essentials such as hot chocolate with those tiny little marshmallows.

Roaming past the Halloween section—which by the way had absolutely no cute costumes for women trying to look attractive on the one night of the year everyone pretends to be someone else, lending itself to dressing up like an absolute slut or a Playboy bunny when you wouldn’t be caught dead  wearing that crap in any other situation—I ran into a huge Christmas section. What?

Wait a minute! It goes like this: Halloween, Thanksgiving, Christmas, right? What happened to Thanksgiving? And somehow, with adorable elves and animatronic reinfawns bringing joy to the world on aisle 10,  the evil Satan skulls and edible bloody fingers on aisle 8 seem horribly wrong.

Are you going to be naughty?

How is one to enjoy the decadence, sexual innuendos (think vampires), and thrill-inducing horrors of a perfectly pagan holiday when Santa Claus is glaring at you with one eyebrow raised questioning whether you have been naughty or nice?

Aaarrrgh! How am I supposed to dress up as Madonna from the 90’s now? I feel the weight of wide-eyed, innocent little children on me, jumping up and down on their beds waiting for Santa Claus to deliver toys and dreams.

What about my dreams? What about me, for just one night, one night, wearing Spanx  and stuffing my cone bra so my body looks the way I like to think it does when I carefully view myself from certain angles in a mirror with controlled lighting?

But I say, screw Christmas. Christmas can stay in December where it belongs. Santa Claus is so judgmental anyway. Why is he the boss of naughty or nice? Can’t a girl be naughty and nice at the same time?

And let’s not forget that Santa is a man. No offense to the good guys out there who have managed to pull themselves out of the primordial muck of misogyny and double-brain-syndrome (we all know where that second brain resides), but after all, what role does Mrs. Claus have? Does she have a story? Is she always chained to a stove cooking for everyone at the North Pole, because we never see her! She’s probably slaving away in the kitchen, day in day out ad nauseum, trying to feed all those elves and maintain her husband’s outrageous girth.

So what is Christmas doing in October? I think it snuck into the wrong month (aside from November, where it has been squatting for decades), just to string out the guilt. At Christmas we must make amends and spread good will to all men. Really? What about the women! But anyway, people we never talk to and haven’t seen in years must go on the Christmas card list, or at least the electronic Facebook holiday wishes post to all and sundry “friends,” some of whom we’ve never met.

What happened to the good ol’ days of shopping furiously for Christmas the week before? Of stuffing yourself over Thanksgiving dinner, pretending the calories don’t count on this special day, knowing Christmas is weeks off and you don’t have to worry about meaningless-but-necessary-gifts-that-probably-get-returned just yet? You can enjoy your pie and whipped cream and know that the universe is lined up as it should be, chronologically, and you know how to work with that system.

Those days are apparently gone and chronological time has yielded to the superior power of merchandising.

Well, I refuse to be part of it. I am going to shop for Christmas on freaking Christmas Eve with all the other people who still know the meaning of proper timing. A certain power of manifestation and Terminator-like decision-making is achieved when one is operating within extremely tight deadlines.

And as for my Madonna costume, I can close my eyes to innocent children, reinfawns with lights on their tiny antlers, and altruistic elves for one night while I play out fantasies of being a sex goddess from the 90’s.

Put that in your pipe and smoke it, Santa.