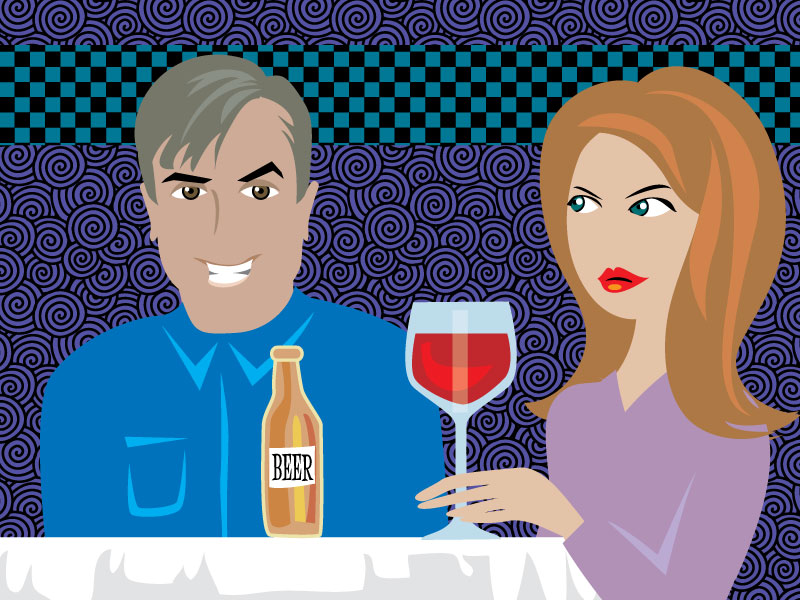 He does have a roving eye. How do I know this? Because he’s a man. Because he has mind-numbing levels of testosterone and a second brain which takes over whenever scantily clad hotties are within sight.

To be fair, girlies, he just can’t help it. Neanderthals are Neanderthals. Much like the snail’s pace of waiting in line at the grocery store while some idiot watches until every last item has been tallied to break out the debit card and slide it through with careful attention and very deliberately peck out each number of a PIN with due diligence—Ahhhhhh!—you just can’t speed up the agonizingly slow process of male evolution.

It’s a fact of life—men cheat. Whether it’s in fantasy or reality, those Neanderthals just cannot keep their loose and comfortable (as opposed to our tight but adorbs) pants zipped. Well, okay, not ALL men are Neanderthals. But the men that aren’t Neanderthals are the ones you should be hooking up with. When you discover where they’re hanging out, please let me know.

So what are your options here?

As a self-respecting, gorgeous, totally awesome woman what should you do when your man is visibly drooling over hotties at the mall, or on the computer, or in the front yard because the new neighbors are from California?

1. You could grit your teeth and pretend that noticing such blatant caveman behavior is totally beneath your notice. (This may be considered an oxy-moronic move.)

2. You could call his bluff (because you know he’s trying to ogle without you knowing it, but this is like a child with eyes squeezed shut thinking that no one can see him). This move will only make him lie (“No honey, I wasn’t just now drooling over that size-two double-D hottie with the 6-inch heels!”). Now you’ve got two misdemeanors to deal with.

3. You could spend hours every day maximizing your own hottie-ness—wearing corsets and crotchless undies to wash dishes for instance—in an effort to keep his attention on you. The problem with this is that Neanderthals have a primal need to inseminate as many females as possible in order to carry on the species. So, he will still ogle, you’ll just be one of the ogle-ees.

4. You could find that café where the Renaissance men are hanging out, e-mail me, and we’ll all meet for a latte.

Let’s face it, we all appreciate good looks.

Two words say it all: Johnny Depp. Just because my sister has announced that she would pay to have sex with Johnny does not mean women are Neanderthals too. My sister just isn’t appreciated for the totally awesome woman she is, and Johnny proved he could appreciate women in Don Juan DeMarco beyond a shadow of a doubt.

The point is, we females want respect. (We also want flowers, mushy cards, a new wardrobe, and a trip to Hawaii.) Is it respectful for your man to ogle scantily clad hotties over dinner at TGI Friday’s, while you try to wrench his attention back to your conversation about that cute little dress you saw at the Guess store? (And this, while you watch him shove 10,000-calories-per-unit French fries in his mouth five at a time.) Is it fair?

Find the café. Find the Renaissance men. E-mail me.